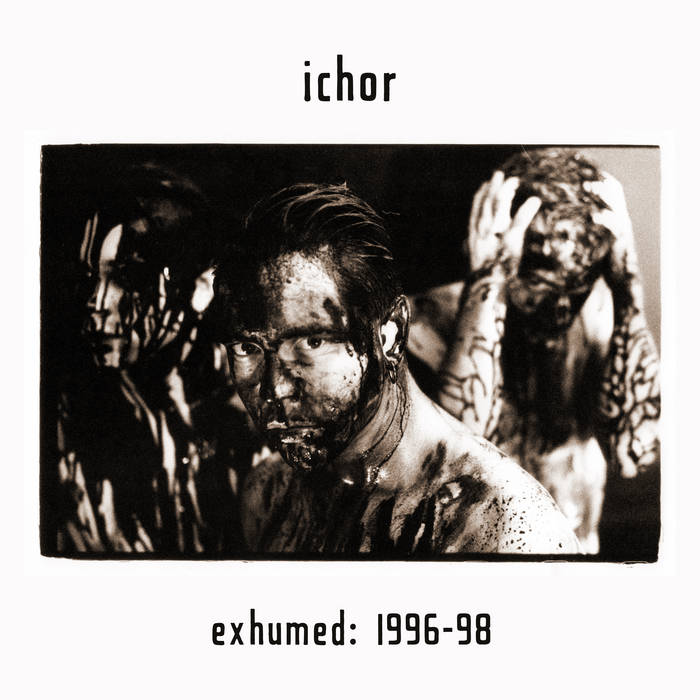 Exhumed: 1996-98 collects, for the first time, the recorded work of Ichor (US) in the years following the release of their debut album Nonplus––their most active period as a touring band. As witnessed by audiences at their explosive live shows, Ichor's post-Nonplus work amplified their dynamic intensity to staggering extremes, from creeping atmosphere to brutal aggression. Over twenty years later, it stands as a classic specimen of mid-90s industrial rock.

The first five songs on Exhumed were originally recorded for an EP that was planned, but eventually cancelled by the label. These songs were staples in Ichor's live sets, and a few of them were released on compilations at the time, but they were never released together as intended––until now.

Exclusively for this collection, three additional, unfinished songs have been restored from the archives and presented here with their original working titles. Never before released in any form, these instrumental pieces provide a rare look into the band's creative process, and a glimpse at what might have been.

All tracks have been digitally remastered by Chad Blinman from the original stereo master tapes.

Written and produced by Ichor

Recorded and mixed at The Eye Socket in Venice, California, 1996-98

Recorded for and on behalf of Fourth Side Communications

Ichor (US) was a dark electro/industrial rock band active between 1994-1998 and comprising Steve Ashburn, Chad Blinman and Ron Jon Hartman.

The trio released their debut album Nonplus in 1995 on the German label Danse Macabre, touring Europe that year with label mates Das Ich. In 1996 Ichor toured the U.S. with Faith and the Muse, Sunshine Blind and Malign. ... more

Bandcamp Daily  your guide to the world of Bandcamp